Spurs vs. Celtics: A missed call, three technicals, an ejection and an arrest: Breaking down a wild sequence 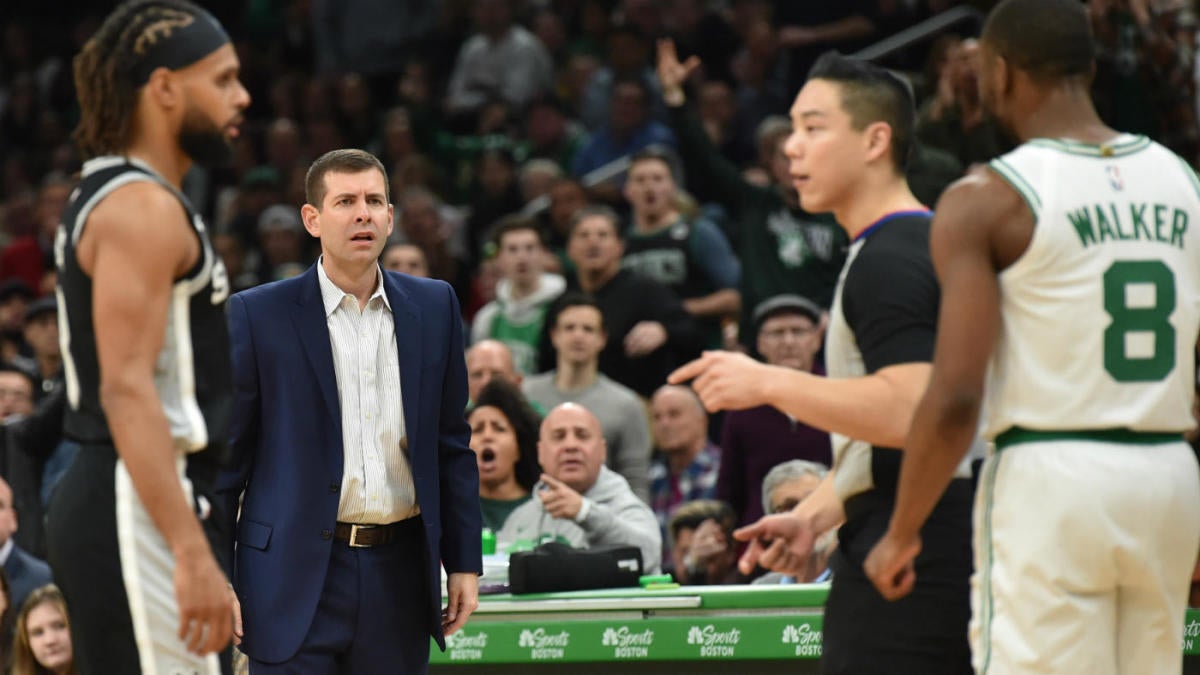 Two nights after dropping a game to the lowly Washington Wizards, the Boston Celtics were back at home on Wednesday for a matchup with the San Antonio Spurs, which seemed like a solid chance to get back to their winning ways. Instead, they went down 22-3 to start the game, and things didn’t get any better from there.

The Spurs came away with an impressive 129-114 win, but the main story is unfortunately not how they played. Let’s go back to the third quarter and break down one of the wildest sequences we’ve seen so far this season, which involved a missed call, three technical fouls being assessed, an ejection, a drink thrown on the court, and later an arrest.

Down 18 to start the second half, the Celtics came out of the break inspired and worked their way back into the game. They were forcing the Spurs to take tough shots, taking advantage of turnovers and finally hitting some jumpers of their own. By the middle of the third quarter, they had whittled the deficit down to seven points. Then, Kemba Walker thought he got hit with an illegal screen, and all hell broke loose.

With just under six minutes left in the quarter, Walker was trying to stick with Derrick White, when he got decked with a hard screen by Aldridge. The refs declined to call a foul, despite the screen looking illegal, and when the whistle blew on the ensuing dead ball, both Walker and Celtics coach Brad Stevens lit into the referee.

The ref wasn’t having it and quickly hit Walker with two technicals, which led to his first career ejection. The normally mild-mannered Stevens, meanwhile, was also hit with a “T” of his own. The Celtics crowd was furious, and perhaps rightly so after they saw their beloved point guard tossed from the game for complaining about a bad call. One of the worst kinds of refereeing is missing a call, then doubling down and punishing the complaining players and/or coaches with technicals.

What wasn’t right, however, was one fan who got so fired up that they tossed a drink towards the floor. In the video above, you can see it splashing onto the court. You can’t do that for obvious reasons, and thankfully it didn’t hit any of the players on the Spurs’ bench, or there could have been another Malice in the Palace situation. Instead, the unruly fan was found and later arrested, according to a Celtics official.

In the aftermath, the Spurs were awarded five free throws, three for the technicals and one for a foul on Daniel Theis, and made four of them. Just like that, they were back up by 11, and it never got closer than that the rest of the way.

After the game, Stevens chose not to focus on the controversial call. Instead, calling out himself and the team for not handling their business both before and after that sequence. He also apologized for the fan’s behavior and said he hopes they aren’t allowed to come back to a game.

Likewise, Walker chose not to harp too much on the incident. “I thought the ref missed a call,” Walker said. “I just voiced my opinion, and the rest is history.” Marcus Smart, however, was not about to just let it all slide.