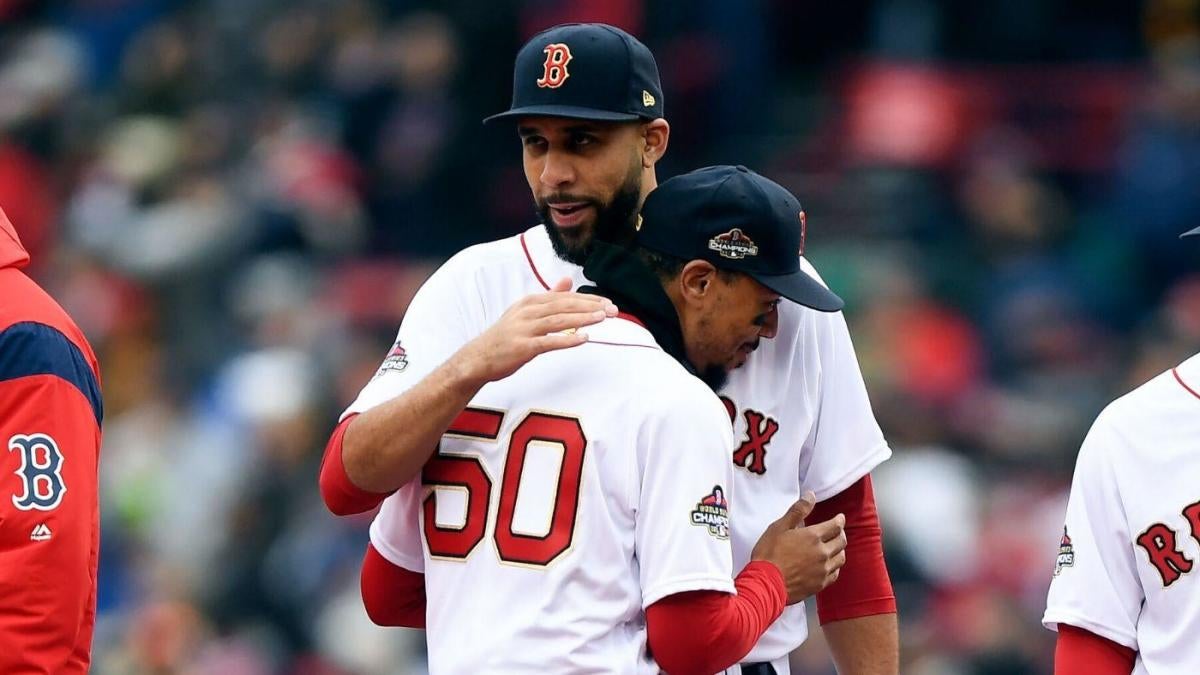 For some time, the expectation has been that the Red Sox this offseason would look to shed even more payroll heading into the 2020 season.

The Sox right now are on target to exceed the Competitive Balance Tax threshold (the “luxury tax” in common parlance, or CBT) for a third straight year and do so by a comfortable margin. That “repeat offender” status carries with it heightened penalties, albeit still not stiff ones in the context of Boston’s overflowing revenues. On top of that, the defenestration of Dave Dombrowski and his win at all costs ethos in favor of GM Chaim Bloom — who learned his craft with the Rays — strongly suggested an uninspiring era of “payroll efficiency” was in the offing.

When designated hitter J.D. Martinez declined to use his opt-out, that put the Sox on the hook for his $23.75 million salary for 2020 and eliminated one obvious path toward payroll reduction. That, in turn, increased speculation that the Red Sox would trim their obligations via a trade of one of their more expensive stars.

All of that brings us to Dan Shaughnessy’s Sunday dispatch in the Boston Globe. Shaughnessy emailed the Sox’s high command and asked them whether principal owner John Henry was speaking extemporaneously back in September when he declared the team would aim to be under the CBT threshold for 2020. Here’s how Henry himself responded:

“You might actually be right for once in that I don’t plan what I’m going to say before answering media questions in a live media event. But this focus on CBT resides with the media far more than it does within the Sox. I think every team probably wants to reset at least once every three years — that’s sort of been the history — but just this week … I reminded baseball ops that we are focused on competitiveness over the next 5 years over and above resetting to which they said, ‘That’s exactly how we’ve been approaching it.’

“You seem to think Chaim was brought in to reduce payroll. That has simply not been the way FSG operates here or across the pond.  We try to act responsibly so as to be consistently competitive.  Your main point seems to be that I accidentally disclosed a secret plan but unlike you, I am honest about Sox issues. The question was asked and I answered it.”

When a team gets under the CBT line even after years of being over, it sets the penalty schedule back to zero, which means the next time they go over they get hit with the mildest suite of sanctions (adjusted for the amount by which they exceed the CBT). That’s what Henry’s talking about when he says resetting.

According to Cot’s Contracts/Baseball Prospectus the Sox right now are roughly $18.5 million over the CBT for 2020, which is set at $208 million. If they want to get under, they very obviously must shed salary via trade. There are a couple of obvious paths to doing that. One, as has been widely discussed and rumored lo these many months, is dealing star outfielder Mookie Betts, who will be paid $27 million in 2020 thanks to his record-setting arb-eligible contract.

That leads us by the lapels back to Henry’s most recent remarks. If the club is truly “focused on competitiveness over the next 5 years over and above resetting,” then there’s no way they can straightfacedly (that’s a word, I insist) part with Betts, who’s a franchise legend still in his prime years. Betts numbers among the very best players in baseball and is still just 27 years of age. Suffice it to say, Betts with his broad base of skills — he produces at the plate while also adding big value in the field and on the bases — would make any team better, so if the Sox want to move him they surely can. Doing so, however, would do great harm to their hopes in 2020 and put the lie to Henry’s most recent comments. When you have a core of Betts, Rafael Devers, Xander Bogaerts, Andrew Benintendi, and Eduardo Rodriguez, you darn well build around it, not carve into it for payroll relief you don’t truly need.

Other rumors have swirled about David Price and the $96 million left on his contract. Trading Price is indeed a less self-defeating path toward trimming payroll than parting with Betts, but it may still be ill-advised. The rotation is Boston’s pressure point for 2020, and that’s especially the case given that the Red Sox toil in what might be MLB‘s toughest division (the Blue Jays figure to be significantly improved in 2020, and the Yankees and Rays were both playoff teams in 2019). Rick Porcello‘s innings are now in Queens, and Chris Sale, despite promising offseason returns, is not exactly a known quantity in 2020 thanks to elbow woes. If the Sox are serious about mattering this year, then Price’s frames may be needed.

To that point, right now the back end of the Boston rotation likely involves Nathan Eovaldi and Martin Perez with little discernible help on the way. Members of the front office can certainly square a Price trade with contending aspirations better than they could a Betts deal, but it wouldn’t help said cause.

To parse the unspoken, it seems unlikely that Henry would’ve talked about prioritizing contention if a Betts trade were strongly within the range of possibilities. That’s highly promising news for Sox partisans, and maybe it even means an extension for Betts is at least a theoretical outcome. Whether Henry’s latest claims are wholly true, however, could hinge on whether Price remains in a Boston uniform for 2020. Call it a consequence of recent MLB ownership behavior, but the Sox are in a position to prove themselves serious — and prove Henry’s pledges true — by continuing to do nothing.