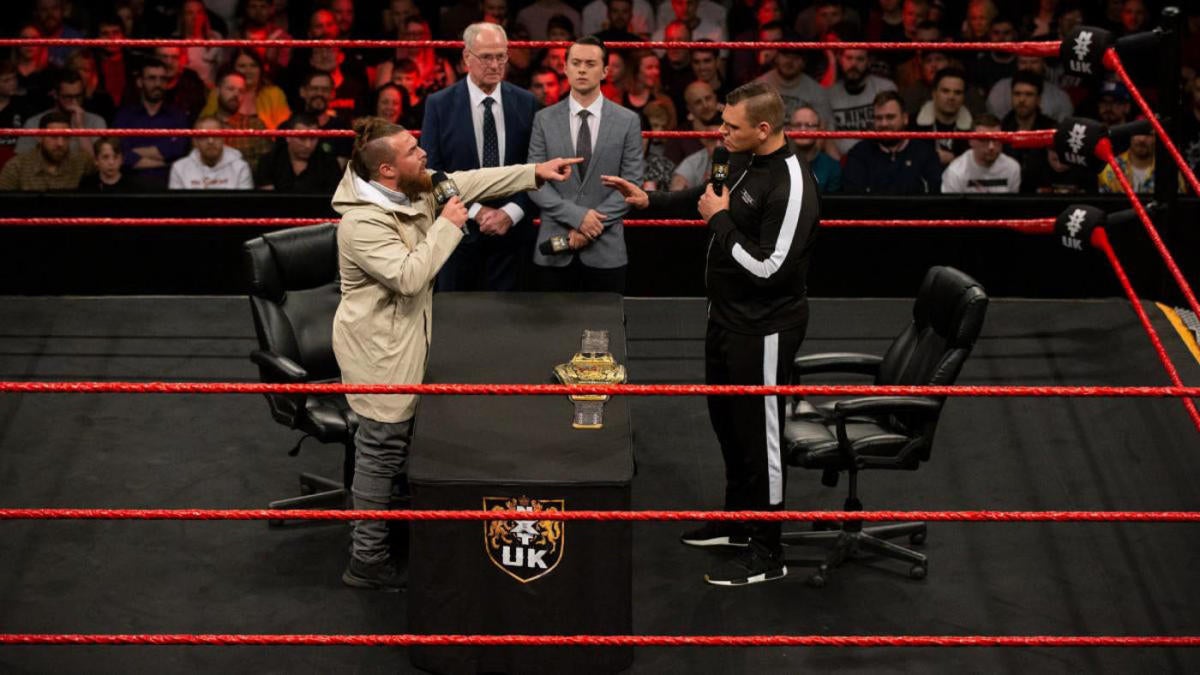 The first man to taste the boot of WALTER in an NXT UK ring was Joe Coffey. Coffey had just come up short in challenging for the WWE United Kingdom championship held by then-champ Pete Dunne when WALTER made his debut, heading to the ring and staring down Dunne. Coffey attempted to climb back in the ring and was met by the shot from WALTER. Fast forward one year, and WALTER now holds the title after ending Dunne’s incredible run and is set to face off with Coffey as the promotion returns for another NXT UK TakeOver event in Blackpool.

That’s not the only title on the line, however, with Gallus defending the NXT UK tag titles in a four-way ladder match against Imperium, The Grizzled Young Veterans and the team of Mark Andrews & Flash Morgan Webster. Also, Kay Lee Ray will defend the NXT UK Women’s championship against challengers Toni Storm and Piper Niven.

Big fan of WWE? Subscribe to our podcast — State of Combat with Brian Campbell — where we go in depth on everything you need to know in WWE each week.

Below is all the information you need to watch NXT UK TakeOver: Blackpool II on Sunday afternoon.

Previous Post Nine reasons why LSU's Joe Burrow may be on his way to the best season ever by a college QB
Next Post Clippers vs. Warriors live stream info, TV channel: How to watch NBA on TV, stream online