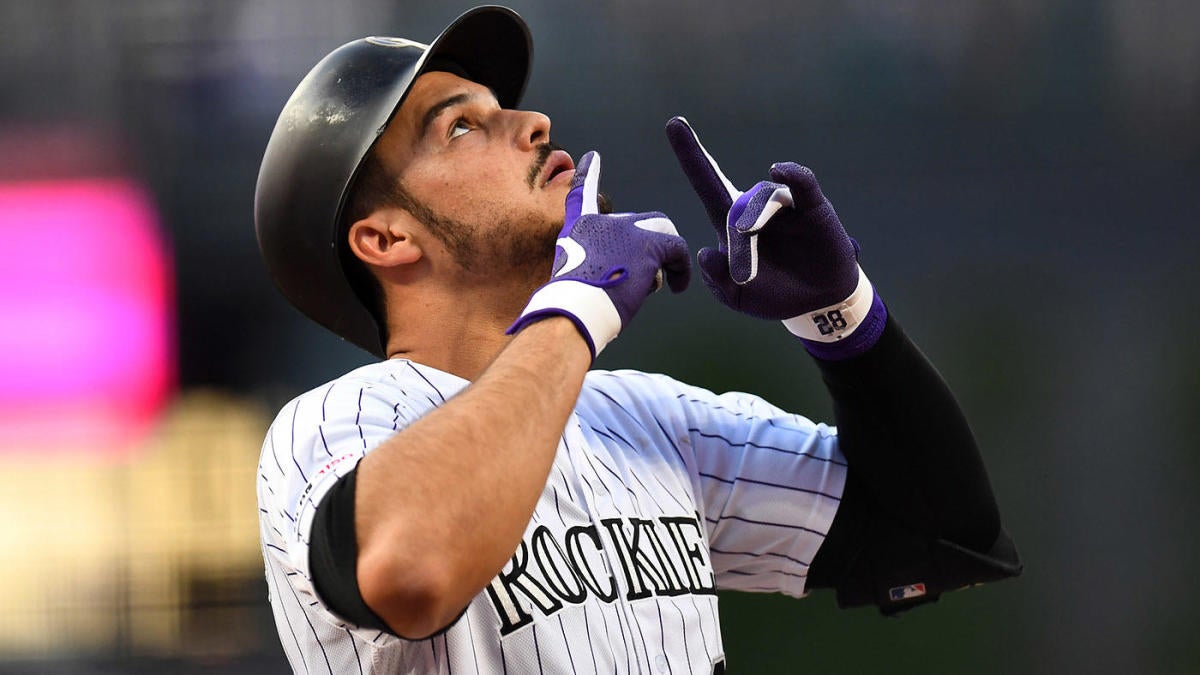 In approximately one month spring training camps will open across Arizona and Florida. It feels so close and yet so far at the same time. Nine of our top 50 free agents remain unsigned, including four of the top 15, and all those players need new homes before camp begins. Here are Sunday’s hot stove rumors.

The Cardinals are beginning to emerge as a viable suitor for Rockies third baseman Nolan Arenado, reports MLB.com’s Jon Morosi. Morosi says the two teams have engaged in “preliminary” trade talks and St. Louis intends to add a star player prior to Spring Training.

Matt Holliday and Larry Walker both left the Rockies and went on to have success with the Cardinals (Holliday made a quick pit stop with the A’s), and Arenado is said to be close to St. Louis first baseman Paul Goldschmidt, which could help entice him to waive his no-trade clause. Morosi notes Matt Carpenter and Dakota Hudson could factor into an Arenado trade.

The Royals and free-agent outfielder Alex Gordon are discussing a possible reunion, reports MLB Network’s Jon Heyman. Earlier this offseason it was reported Gordon, 36 next month, may retire rather than return in 2020. It would seem he’s made the decision to play another year. The career Royal hit .266/.345/.396 with 13 home runs in 150 games in 2019.

At the moment Kansas City projects to have some combination of Hunter Dozier, Brett Phillips, Jorge Soler, Bubba Starling, and Whit Merrifield in the outfield. Soler will likely DH, however, and Dozier and Merrifield could wind up on the infield. The Royals could easily accommodate Gordon in left field and re-signing a respected veteran presence is never a bad move for a rebuilding team.

Interest in veteran catchers is picking up with spring training a month away. Matt Wieters is drawing interest from the Athletics and Cardinals, according to The Athletic’s Ken Rosenthal, and the Boston Globe’s Pete Abraham reports Jonathan Lucroy could return to the Rockies. Wieters backed up Yadier Molina last season. Lucroy bounced from the Angels to the Cubs.

The A’s non-tendered Josh Phegley last month and are currently slated to go into 2020 with Austin Allen and top prospect Sean Murphy behind the plate. The Rockies need someone to pair with Tony Wolters, and while St. Louis has Andrew Knizner looming as Molina’s heir apparent, you can’t have too much catching depth. You don’t want to get caught shorthanded behind the plate.

The Orioles continue to prioritize rotation help and they are “nearing a deal” with an unnamed veteran catcher, according to Rock Kubatko of MASN Sports. Baltimore has a decent enough catching trio in Pedro Severino, Chance Sisco, and Austin Wynns, and 2019 No. 1 pick Adley Rutschman isn’t too far away, so any catching addition is likely to be a lower profile minor-league signing.

As for the rotation, the only locks right now are Alex Cobb and John Means, and Cobb is returning from surgery on his knee and both hips. David Hess, Kohl Stewart, Asher Wojciechowski, and Rule 5 Draft pick Brandon Bailey are among those in the mix for a rotation spot. A veteran innings guy like Jhoulys Chacin or Jason Vargas would help lighten the load on prospect arms.

The Pirates have expressed “at least modest interest” in the third base market, reports Jason Mackey of the Pittsburgh Post-Gazette. The club has Colin Moran on the left side of the platoon and top prospect Ke’Bryan Hayes is no more than a year away, so a short-term right-handed stopgap makes the most sense. Matt Duffy and Wilmer Flores jump to mind as possible targets.

It’s worth noting utility man Brock Holt remains unsigned. He was originally drafted by the Pirates, and Ben Cherington, Pittsburgh’s new general manager, had him with the Red Sox. A reunion could make sense given Holt’s versatility, though he is a lefty hitter, and would not easily platoon with Moran. The Pirates currently have Erik Gonzalez as Plan B behind Moran at the hot corner.

The Rangers and third baseman Todd Frazier have agreed to a one-year contract. He gives the club depth at both infield corners and also adds righty power to a lineup that leans a little left-handed. Nick Solak, last season’s impressive young rookie, is a man without a position at the moment. He could see time all around the infield and at DH. Signing Frazier presumably takes Texas out of the running for Nolan Arenado and Josh Donaldson.

The Dodgers have signed lefty Alex Wood to a one-year contract. He spent parts of four seasons with Los Angeles from 2015-18 before being traded to the Reds ahead of the 2019 season. Back trouble limited Wood to seven ineffective starts last season. The Dodgers lost Hyun-Jin Ryu to free agency a few weeks ago and needed additional depth behind Clayton Kershaw and Walker Buehler, specifically to help lighten the load on youngsters like Tony Gonsolin, Dustin May, and Julio Urias.