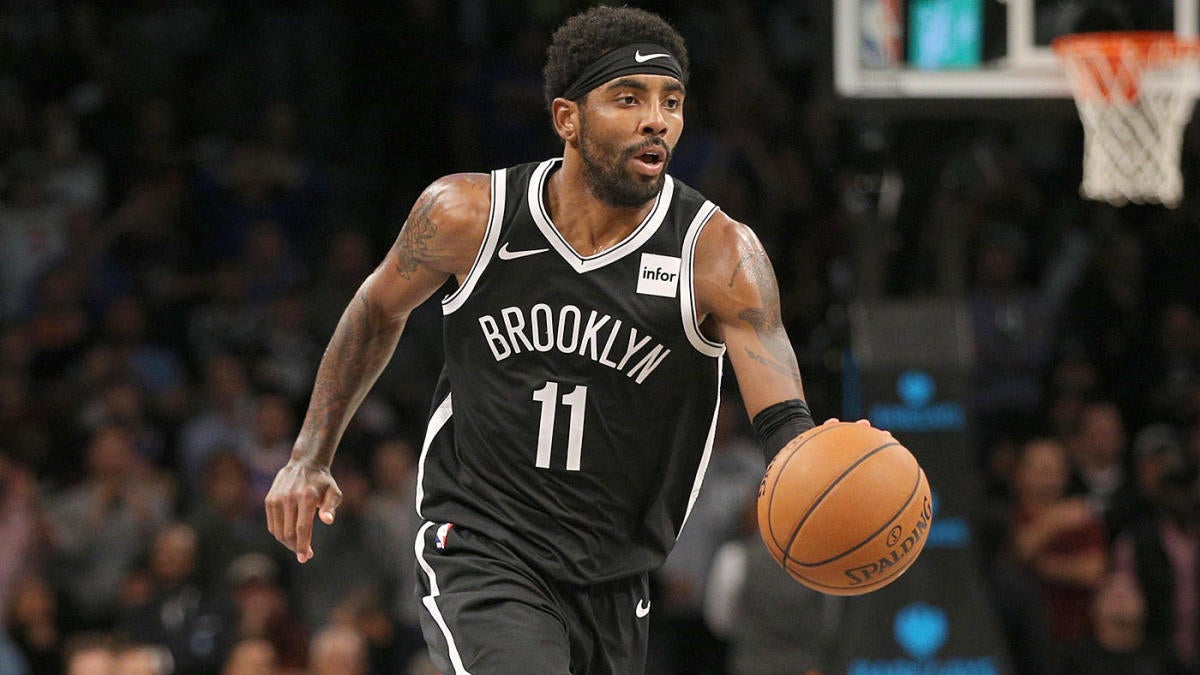 After a long layoff, Brooklyn Nets All-Star guard Kyrie Irving is ready to return to action. Irving, who has been sidelined since mid-November with a right shoulder injury, is likely to play in the Nets’ game against the Atlanta Hawks on Sunday, according to ESPN’s Adrian Wojnarowski.

Irving has been progressing towards a return for quite some time, as he began playing 2-on-2 a couple of weeks ago, and participated in a full practice, including 5-on-5 contract drills, on Thursday. In all, Irving missed 26 games for the Nets, and the team played .500 basketball (13-13) in his absence. In the 11 games that he has played in for Brooklyn so far this season, he’s averaged 28.5 points, 7.2 assists and 5.4 rebounds per performance; all career-highs.

Surgery was on the table for Irving, but he opted instead for a cortisone shot so that he could return to the court quicker, though he did seriously consider having the procedure done.

“Yeah, it’s definitely crossed my mind,” Irving said of surgery last week, via NBA.com.  “I wouldn’t be honest with you if I didn’t tell you that, but I felt that the next step in the progression is to get the cortisone and see how it responds and then move on from that point… You either continue to get cortisone shots, which is obviously detrimental to your health in your muscles, or you go get arthroscopic surgery. For me, it’s just about being able to go back out there after the right amount of rehab, the right amount of rest, recovery, and see what we can do for the rest of the season and then reevaluate after a few months.”

The Nets will obviously be happy to having Irving back out on the floor considering the fact that he is one of the most dynamic guards in the entire league, and that they made a major investment in him over the offseason. The Nets currently sit at eighth in a surprisingly crowded Eastern Conference playoff picture, and with Irving back they will look to improve upon their positioning.

Irving’s return does create an interesting dilemma for Nets coach Kenny Atkinson, though. Spencer Dinwiddie has been playing some All-Star-caliber ball while starting at the point position in Irving’s absence. On the season he’s averaging 22.5 points, 6.4 assists, and 3.2 rebounds per game; numbers that represent career-highs for the sixth-year guard, and his play has been a big reason that the Nets have been able to stay in the playoff picture. Now that Irving is set to be back, does Atkinson move Dinwiddie back to a reserve role, or does he start Irving and Dinwiddie together in Brooklyn’s backcourt and make adjustments elsewhere?

Atkinson has certainly considered his options, but he hasn’t committed to any specific rotations yet. Instead, it’s likely that Brooklyn’s rotation will be fluid upon Irving’s return, as Atkinson tinkers to see which combinations of players work best together.

“That’d be a tough tandem to match up with,” Atkinson said of playing Irving and Dinwiddie together earlier this week. “And Spencer can obviously guard off the ball easy — he’s 6’6″ — so that’s good, too. And Spencer’s a two-way player. It’s exciting to think what it could be. You could have Caris, Kyrie and Spencer. You know, that was kind of obviously in the original plans. You could play them as a finishing lineup. I wouldn’t hesitate to do that at all. My job at the end of the day is to do the best for the team, what’s going to fit best for the team concept.”

No matter what Atkinson does, Dinwiddie’s usage and opportunities are going to drop, as Irving excels with the ball in his hands, and he will have it, a lot. Overall though, Brookyln’s outlook is obviously improved, as teams will now have to account for two dynamic guards when they play the Nets. Brooklyn won’t reach its full potential as a team until Kevin Durant joins the active roster next season, but Irving’s return should certainly provide them with a big boost for the rest of this season.