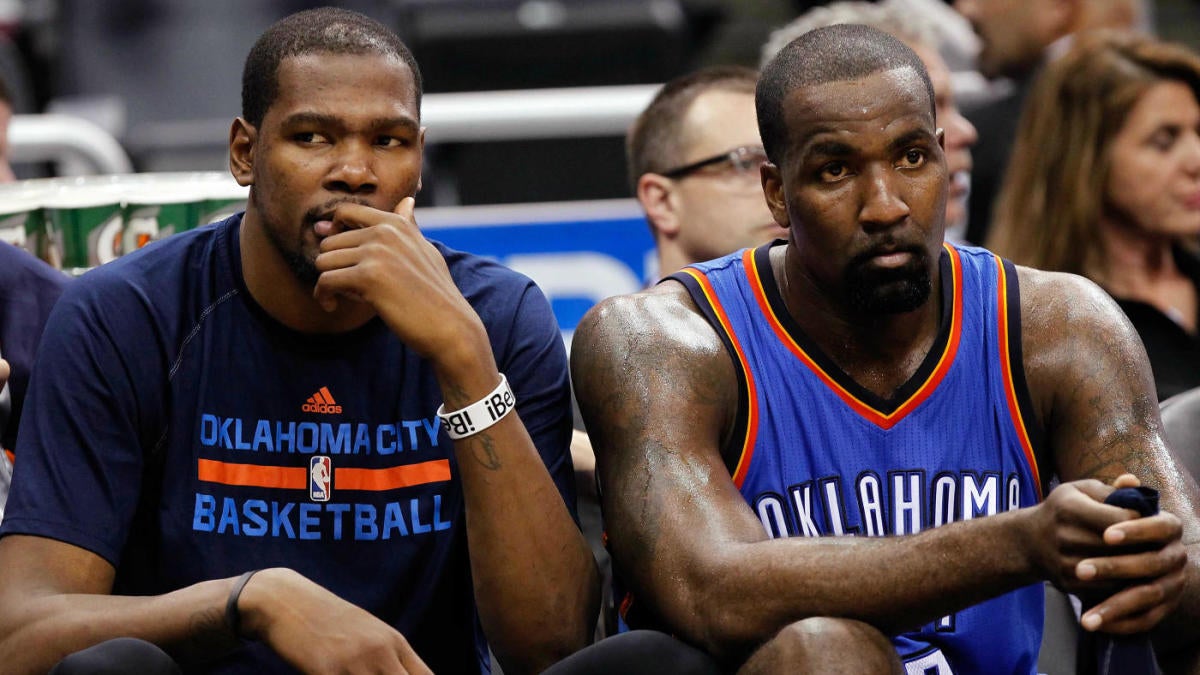 Kendrick Perkins is a member of the media now. Existing in the NBA media means being able to get a reaction out of fans, and when traditional takes fail to do that, many media members turn to hotter ones. So Perkins, on Twitter, shared a take that he planned to expand upon on a later appearance on ESPN’s SportsCenter: Russell Westbrook, not Kevin Durant, is the greatest player ever to wear an Oklahoma City Thunder uniform.

This naturally drew quite a bit of confused responses. Durant, by nearly every measure, is a better player than Westbrook. That is about as close to a fact as such arguments ever get. But when challenged, Perkins persisted. When fellow media member Marc D’Amico chimed in citing Westbrook’s failed playoff record without Durant, Perkins responded that Durant lost in the second round during his one Oklahoma City run without Westbrook.

Perkins, taking offense to this characterization, fired back with another take: that Durant’s move to Golden State was the “weakest in NBA history.”

Perkins and Durant are close friends, but this isn’t the first scuffle between the two in recent years. Perkins, while playing for the Cleveland Cavaliers gave Durant the middle finger while he was talking to reporters during the 2018 NBA Finals, according to USA Today. That was apparently driven by competitive frustration.

This seems to be over the line even by the standards of close friendship. Durant essentially blames a professional failing on Perkins, while Perkins, in turn, attacks Durant’s character over a separate professional decision. Despite their previous relationship, this seems more like the sort of Twitter debates Durant has engaged in with other media members of late than a couple of jokes between friends. Durant kept it going by calling Perkins’ lack of production weak.

In fairness, Perkins was past his prime by the time he arrived in Oklahoma City. His scoring, rebounding and shot-blocking numbers all dropped, and his athleticism declined sharply after tearing his ACL during the 2010 NBA Finals. Perkins was not the defensive force the Thunder were hoping for when they acquired him at the 2011 trade deadline, and while he and Durant built a close relationship despite that, it certainly looks like Durant wasn’t thrilled with what he got out of Perkins on the floor.

Perkins, meanwhile, would not move off of his stance. He even pushed things further by calling Durant a coward.

There is no telling how far this feud will go, or what the fallout will look like. This sort of thing would ruin a normal friendship, but only time will tell if Durant and Perkins can come back from this.

Previous Post 76ers aiming to add shooting at trade deadline, have inquired about Timberwolves' Robert Covington, per report
Next Post Patrick Reed's lawyer tries to shut down media over the word 'cheating'