Hiring Mike Leach was a must for Mississippi State to keep up in the Magnolia State, SEC West 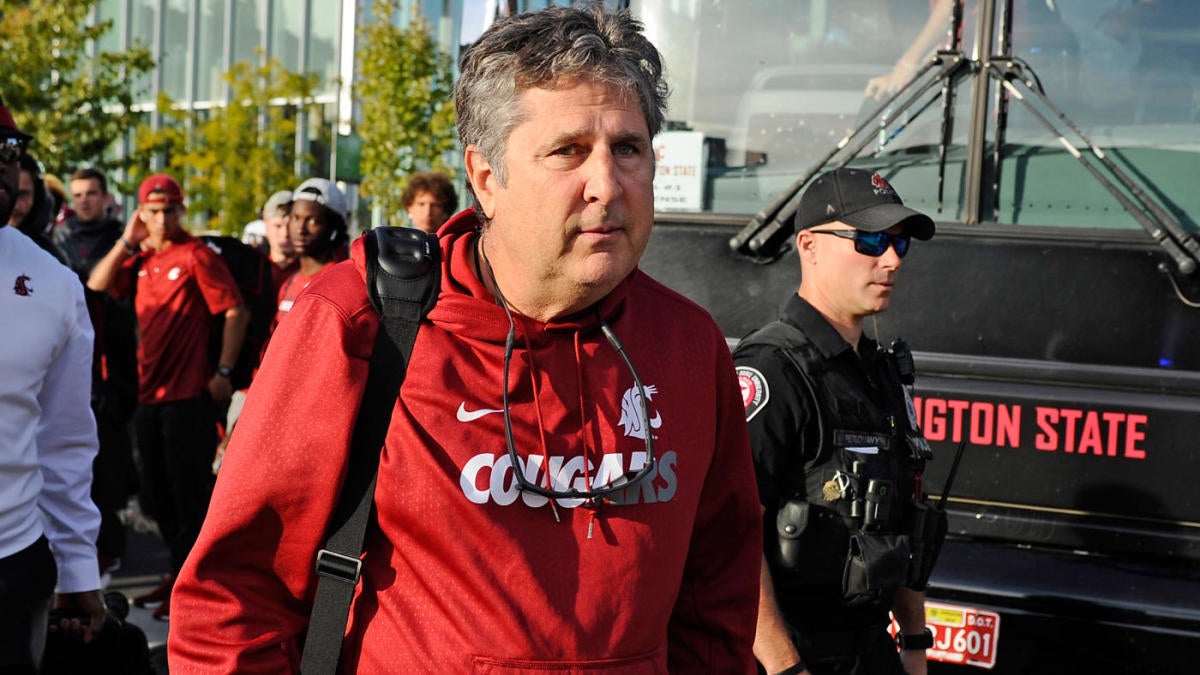 There’s not enough bourbon in the Magnolia State. That was the first thought when Mike Leach left Washington State for Mississippi State on Thursday.

The second thought: WWLD? (What Will Lane Do?)

Plenty. Just wait. Leach and Lane Kiffin in the same state is the most volatile combination in the South since tail met gate.

And my goodness, the Egg Bowl? Are you kidding me? These guys might trick play each other into oblivion. The Grove may implode in a nuclear cloud of bow ties, sun dresses and Maker’s Mark.

Leach was Mississippi State’s perfect answer for Kiffin at Ole Miss. It had to be that way, didn’t it? As soon as Kiffin was hired by the Rebels, you had to know the Bulldogs weren’t going to sit still for a conventional coach.

Mississippi State and athletic director John Cohen talked a Pirate into coming to the Deep South. Not only that, they are inserting a colorful figure into one of the bitterest rivalries in sports. Ole Miss and Mississippi State exist to be relevant. The only thing missing has been consistent excellence by either.

Too often, both aren’t relevant. These two hires put them on the home page of every website from here to Key West, Florida. (That’s where Leach lives in the offseason when he isn’t developing national passing leaders.)

I once visited him there, spending eight hours touring the island. Don’t ask for my recollections. As the de facto mayor of Key West, Leach didn’t have to pay for many drinks.

For how ever long it lasts, the state of Mississippi is going to be in a state of happy anxiety. The constant wondering: What’s coming next from these guys?

Back in the day, Billy Brewer and Jackie Sherrill used to lob shots at one another. In this offensive age, Leach and Kiffin may fire a combined 100 passes into the air. In their first meeting.

In the blue corner is a 44-year-old (some say) entitled, wise-cracking comeback kid rebounding from a Group of Five sabbatical. In the red corner is a no-filter father of the modern spread offense.

Leach was destined for the SEC. Remember, he was within a heartbeat of taking the Tennessee job a couple of years before then-AD John Currie was fired. Hey, at least Kiffin got there, even if it was for only a season.

Leach finally did what a lot of us thought he would in leaving Washington State, and it makes perfect sense. Not that there’s anything wrong with Pullman, Washington. In fact, it fit the Leach profile — another out-of-the-way place where The Pirate could practice his particular version of football wizardry.

It’s a place — similar to Lubbock, Texas — where Leach was adored and not many folks could bother him. As you probably know, Starkville, Mississippi, is about as out of the way you can get. But the spotlight is still a little bit brighter. As rural as it may be, Mississippi State is in the SEC. That’s what a lot of this about for Leach.

Another small college town with long-yearning college football hopes. Now they’ve got not only a coach but a full-throated spokesman who won’t take “shut up” for an answer.

They’ve also got a conference network that will gladly beam anything he says across the country. If ESPN was smart, it would immediately start programming for “The Leach & Lane Show” to go head-to-head late night against Stephen Colbert, Jimmy Kimmel and Jimmy Fallon

Don’t laugh. The coaches would do it.

Leach will get better players in Starkville than he could in Pullman because of — shall we say — a certain competitive spirit in the SEC. That’s what this is about, too — a bigger, better, higher level of football.

Without saying it — because Leach never will — this is also about testing himself. He has spent his career coaching up no names into stars … and beating national powers with those stars.

It’s a legacy that needs a napkin to wipe its mouth at times. The first time I met Leach more than a decade ago, he was feasting on a bag of Hardee’s while watching film at Oklahoma. (Priorities, you understand.)

The first meeting place this offseason for Leach and Lane should be the transfer portal. Not just any quarterback will do to kick off era of The Pirate and the Boy King.

They’ll both need splash transfers now that the state of Mississippi has rocked college football with a couple of splash hires.