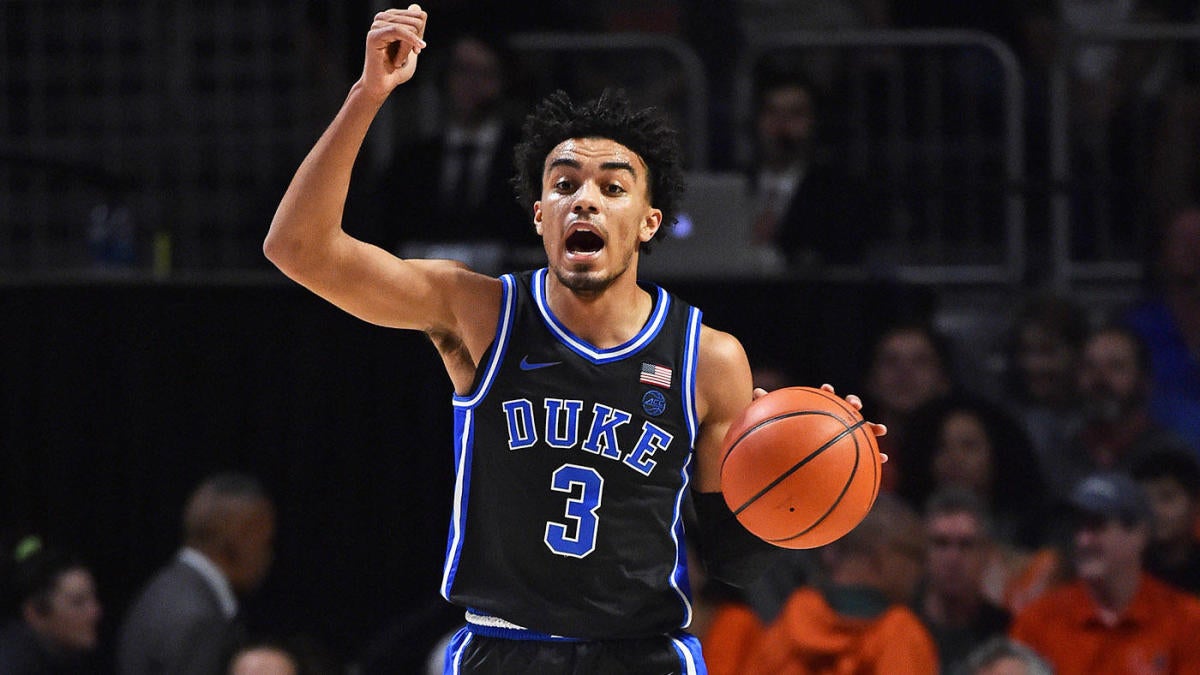 The No. 3 Duke Blue Devils attempt to remain perfect on the road when they visit the Clemson Tigers for an ACC matchup on Tuesday evening. Tipoff from Littlejohn Coliseum is set for 7 p.m. ET. Duke (15-1, 5-0 ACC) has won each of its first four contests away from home, most recently posting a 73-64 triumph at Georgia Tech on Wednesday. The Blue Devils, who are 4-1 against the spread in its five conference games this season, trounced Wake Forest 90-59 on Saturday for its ninth consecutive win overall.

Clemson (8-7, 2-3), meanwhile, is riding high after edging North Carolina 79-76 in overtime on Saturday for its first victory in 60 all-time games at Chapel Hill. The Tigers used a 12-2 run over the final 2:08 of the second half to force overtime and went on to earn coach Brad Brownell his 177th victory, tying him with Cliff Ellis for most in school history. The Blue Devils are a 10.5-point favorite in the latest Duke vs. Clemson odds, while the over-under for total points scored is 133.5. Before making any Clemson vs. Duke picks, check out the college basketball predictions from the SportsLine Projection Model.

This model, which simulates every game 10,000 times, has crushed its top-rated college basketball picks against the spread the past three years, returning $2,770 to $100 players. Anybody who has followed it has seen huge returns.

Now, the model has set its sights on Duke vs. Clemson. You can visit SportsLine now to see its picks. Here are the college basketball lines and trends for Clemson vs. Duke:

Why Duke can cover

The model knows that the Blue Devils handily defeated Wake Forest without a significant contribution from leading scorer Vernon Carey, who scored a season-low eight points to finish in single digits for only the second time in 16 games this season. Despite the sub-par effort, the freshman center leads Duke in both scoring (17.4 points) and rebounding (8.6).

Sophomore forward Joey Baker recorded 11 points versus the Demon Deacons after totaling 13 over his previous four contests for the Blue Devils, who have posted six of their victories this campaign by 30 or more points. Duke has led by double-digits at the half nine times in 2019-20 after doing so on only 10 occasions last season and has forced at least 15 turnovers in each of its last five contests. Plus, the Blue Devils have covered the spread in four of their last six meetings against Clemson.

Why Clemson can cover

But there’s no guarantee the Blue Devils can cover this double-digit Duke vs. Clemson spread. The Tigers made an impressive comeback on Saturday to end a drought at Chapel Hill that began in 1926 as they trailed the Tar Heels by 10 points with just over two minutes remaining in the second half before going on a 12-2 run to force overtime. Simms scored nine points during the surge, including a game-tying 3-pointer with 3.5 seconds left, before converting a layup with 18 seconds to go in overtime to expand Clemson’s lead to three.

How to make Duke vs. Clemson picks

We can tell you that the model is leaning over, and it also has generated an against-the-spread pick that cashes in on well over 50 percent of simulations. You can only get the pick at SportsLine.

So who wins Duke vs. Clemson? And which side of the spread is hitting well over 50 percent of the time? Visit SportsLine now to see which side of the Clemson vs. Duke spread to jump on Tuesday, all from the advanced model that has returned more than $2,700 on its top-rated college basketball picks, and find out.

Previous Post Stealing Signals: NFC South 2019 recap, what to expect heading toward 2020
Next Post Here's what Patrick Mahomes told teammates when Chiefs were down 24 points to Texans