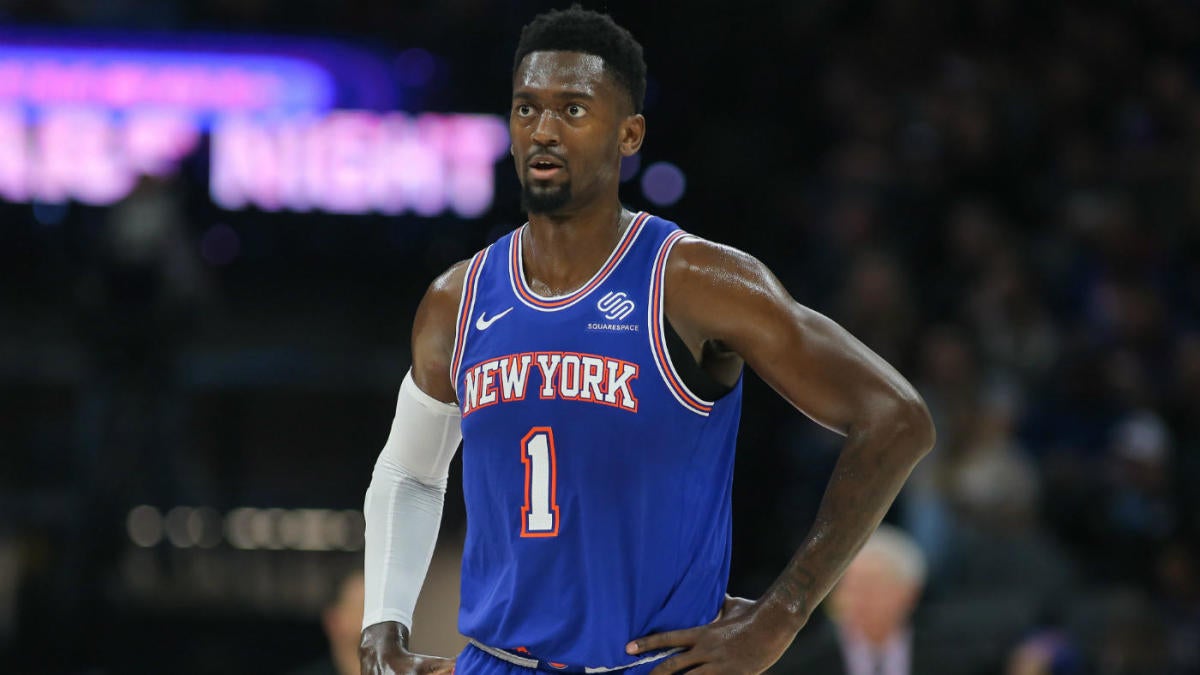 Bobby Portis has carved out a decent career for himself in his time in the NBA, but he’s still probably most well-known for an incident that no one has ever seen. Back in 2017, just before that season got underway, Portis was suspended eight games by the Chicago Bulls for punching Nikola Mirotic during practice and breaking bones in his teammate’s face.

Now, a few years later, he’s once again in trouble for getting reckless on the court. Early in the second quarter of the New York Knicks‘ matchup with the Los Angeles Lakers, Kentavious Caldwell-Pope was out on the fastbreak and driving towards the basket. As he took off for the rim, Portis wound up and smacked him across the side of the head so hard that KCP’s headband came spinning off his head.

Early on Wednesday evening, the NBA announced that Portis has been fined $25,000 for the play.

KCP crashed to the floor, and multiple Lakers, including LeBron James and Rajon Rondo, had words for Portis. After a review, the referees decided to assess a Flagrant 2 foul and ejected Portis from the game. KCP later made his way to the locker room for further evaluation.

It’s extremely unlikely that Portis was trying to injure the Lakers guard, but this play was reckless and deserving of an ejection. And on some level, intent doesn’t really matter. He didn’t come close to getting the ball, and wound up and smacked a guy in the head while he was in mid-air. You can’t do that.

Portis has since taken to Twitter to apologize to KCP, saying he was just going for the ball and that he’s glad the Lakers guard is fine.