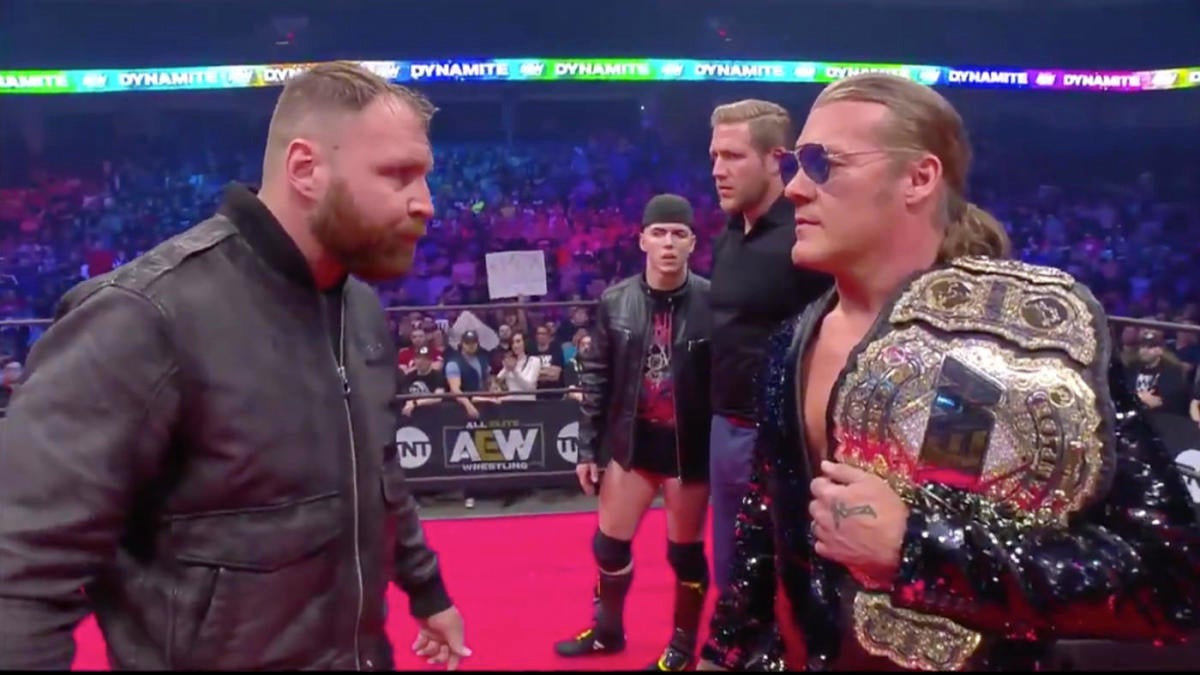 The second AEW Dynamite episode of 2020 finally paid off an angle that was a few weeks in the making on TNT. Jon Moxley was presented a pretty lucrative offer by Chris Jericho to join the Inner Circle faction, and this week everyone was anticipating the answer from the now two-time IWGP United States champion. That was what closed the edition of an uncharacteristically uneven episode of AEW Dynamite from Landers Center in Southaven, Mississippi.

Let’s take a look now at how everything went down on this week’s Dynamite.

Big fan of wrestling? Subscribe to our podcast — State of Combat with Brian Campbell — where we go in depth on everything you need to know each week.

After Moxley refused to give Jericho an answer about joining The Inner Circle last week on the first Dynamite of the year, he promised to give one on this show. Moxley named all the things Jericho had offered and said he wanted none of it. “I didn’t come to AEW because someone backed up a dump truck full of cash to my house,” Moxley said. “I can’t be bought. I came to AEW to dominate. And that is why … I say yes.” Moxley then took off his leather jacket to reveal an Inner Circle shirt. Moxley said there is no more dominant force than The Inner Circle, and he wants to dominate. He also said he believes Jericho is the greatest of all time and he will now surround himself with greatness. After asking for Sammy Guevara and Jake Hager to pop open “a little bit of the bubbly,” Moxley celebrated with the group before giving the camera a wink, leaving an immediate level of ambiguity to the seriousness of his acceptance. Moxley did, however, ask for the keys to the Ford GT he was offered last week as the crowd chanted “You sold out.”

Moxley then pulled the expected swerve when he was left in the ring alone with Jericho, saying he was just kidding and called The Inner Circle a “stupid group.” Moxley said the only thing Jericho has that he wants is the belt, then smashed a bottle on Jericho’s head before hitting the Paradigm Shift. Guevara ran back and ate a Paradigm Shift of his own before Moxley ran off through the crowd.

The celebration portion of this went a bit long, and it seemed fairly obvious Moxley was being over the top about his enthusiasm for the situation. But the whole thing served as a way to build up a big feud for the promotion, which is never a bad thing. A good portion of the rest of the night stumbled in the storytelling department, so it was good to go out on a high note with Moxley laying Jericho out with some trademark violence. Grade: B+

What else happened on AEW Dynamite?

Previous Post Tua Tagovailoa has become the NFL's great unknown
Next Post Spurs vs. Celtics: A missed call, three technicals, an ejection and an arrest: Breaking down a wild sequence