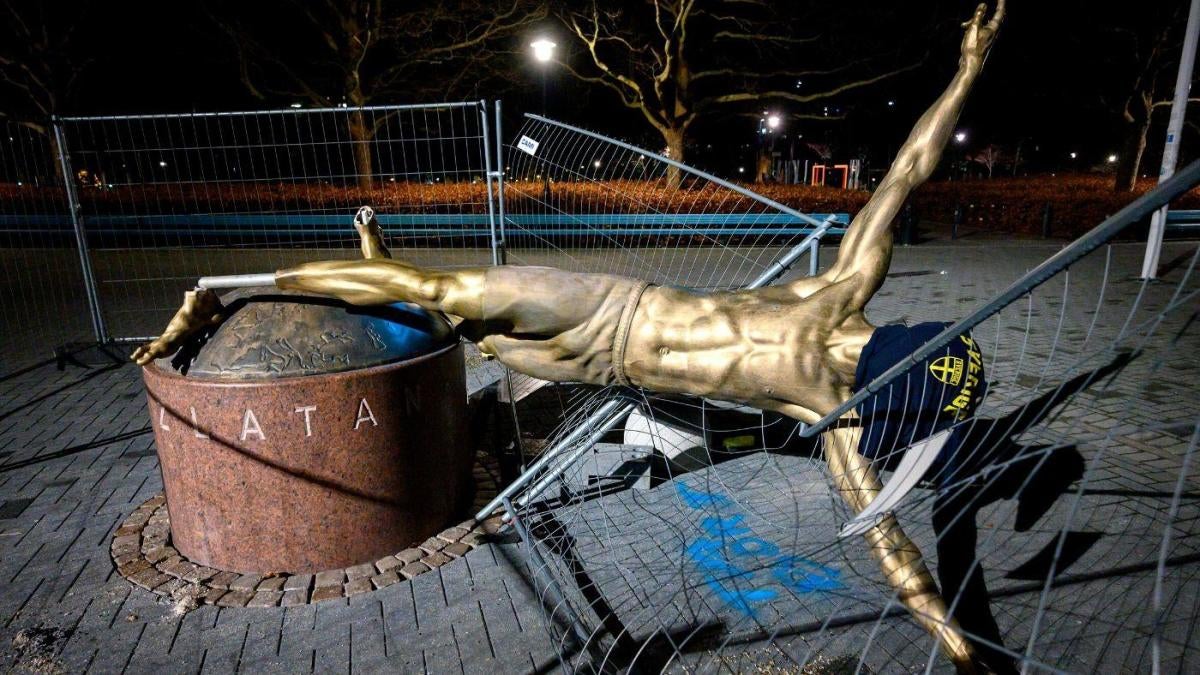 Zlatan Ibrahimovic’s statue in Sweden was knocked to the ground on Sunday in yet another act of vandalism from fans who remain angry at the legendary soccer player. The statue is located outside of the stadium of his first club, Malmo. Ibrahimovic, 38, recently became part owner of Hammarby, one of Malmo’s rivals.

As ESPN points out, it’s the fourth time in the last two months that the statue has been vandalized. In the latest incident, the statue was sawed at the ankles and its face was covered by a Sweden shirt. The statue, which was unveiled in October, was set on fire in November and also had its nose sawed off.

The 38-year-old striker played the last two seasons in Major League Soccer and just joined AC Milan, one of his former clubs, for the rest of the season, with an option for next year. According to ESPN, the plan is for the statue to be removed but to be put back up, and at this time no arrests have been made for any of the vandalism incidents.

Ibra was a youth player at Malmo before playing at the club from 1999-2001, scoring 18 goals in 47 games before earning a move to Ajax. In two seasons in MLS, Ibrahimovic scored 52 goals in 56 games for the Galaxy