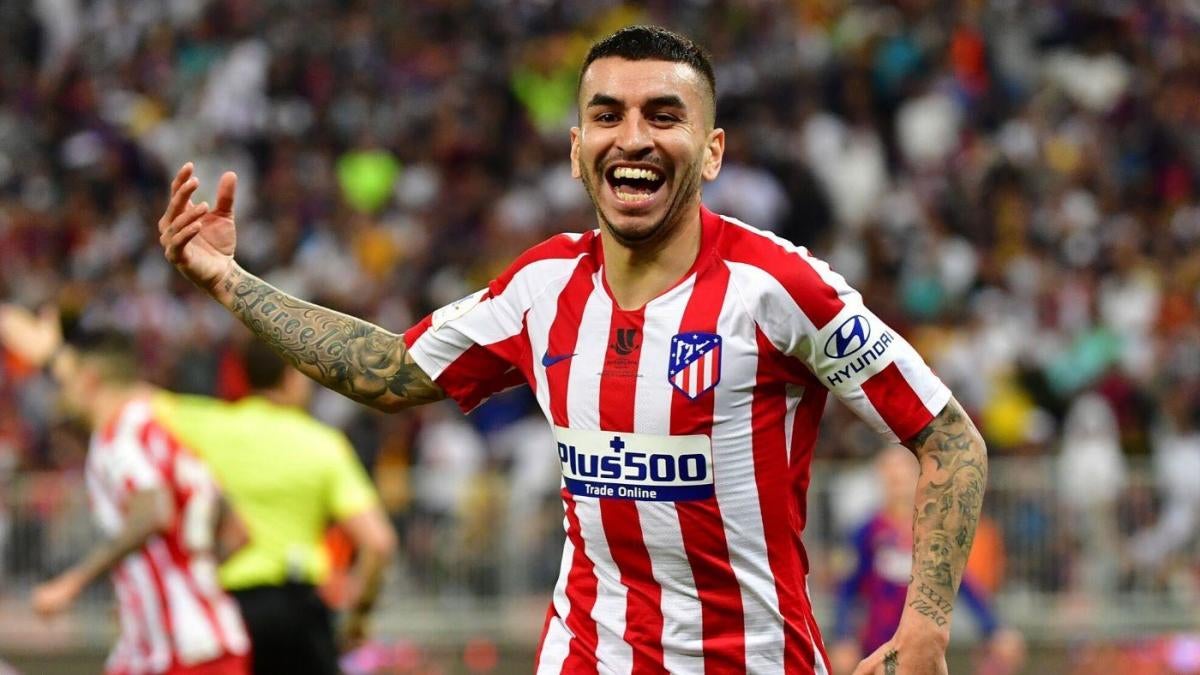 There’s no El Clasico this weekend, but we will get a Madrid derby. Atletico Madrid scored two late goals to stun Lionel Messi and Barcelona 3-2 on Thursday. The result sets up Atletico vs. Real Madrid on Sunday in the final of the Spanish Super Cup. Atleti got a penalty-kick goal from Alvaro Morata in the 81st minute to make it 2-2 before Angel Correa scored on the counter in the 86th minute to send Atleti through.

Messi scored Barca’s two goals, both within 10 minutes early in the second half, to give his side the lead. However, Barca could not hold on and set up the second El Clasico of the season.

Real got goals from Toni Kroos, Isco and Luka Modric to advance, with the opener coming on a corner kick from Kroos. The German caught Valencia’s backup goalkeeper Juame Domenech sleeping, putting the ball by him with an impressive hit.

What an ambitious strike. It’s one that won’t sit well with Valencia fans, who saw Joaquin do the same thing for Real Betis in the Copa del Rey semifinals last year. Fortunately for Valencia, the team went on to win that cup, but this error was not one the club could overcome.

Here’s what to know about the competition.

What is this competition?

You may have noticed that before the 2019-20 La Liga season began in August, the Spanish Super Cup did not take place. For those unfamiliar with the competition, that’s when the league champion from the previous season squares off against the Copa del Rey champion from the previous season for a trophy before the regular season starts. In this case, we would have been treated to Barcelona (La Liga champ) vs. Valencia (Copa del Rey champ).

However, a new format has been put in place which will feature the two champions and two additional teams and will now take place this week outside of Spain. The two big Madrid clubs, Real and Atletico, join the fold in a tournament-style competition that began Wednesday at King Abdullah Sports City in Jeddah, Saudi Arabia.

Why did they change the format?

Let’s be honest here, this is all about additional revenue for the Spanish federation. Getting three big games on the international stage, including a potential El Clasico final between Real Madrid and Barcelona on Sunday. Ticket sales for the clubs haven’t gone well, but the sales in Saudi Arabia have supposedly been good enough that quality crowds are expected, and having Barca and Real in the competition certainly helps.

There is no third-place game, and it remains to be seen how seriously these teams take the competition. All four are in the last 16 of the Champions League and will certainly prioritize that competition and La Liga play over this mid-season event. La Liga just reached its halfway point of the campaign last weekend.

Scores, schedule and how to watch

All of the matches will air on ESPN Deportes and/or the ESPN app in Spanish. Here’s the complete schedule, with semifinals taking place in the middle of the week.