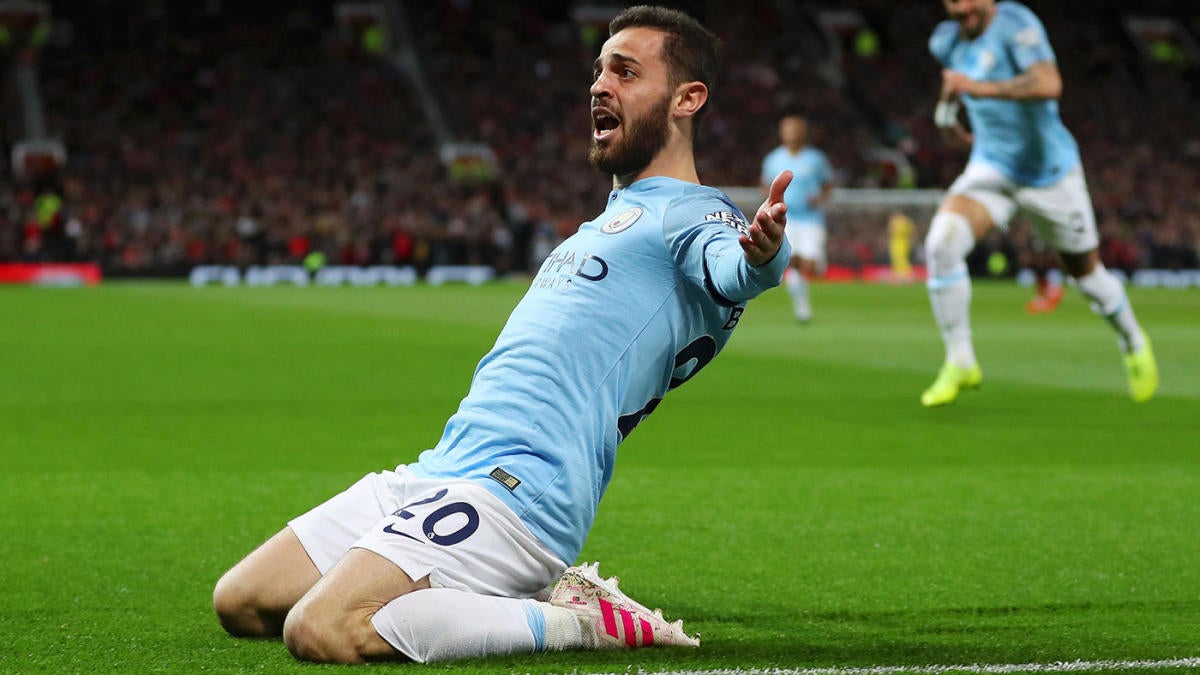 Manchester City made quick work of Manchester United on Tuesday in the EFL Cup semifinal first leg. City beat the Red Devils 3-1 at Old Trafford in a dominating performance. Pep Guardiola’s team led 3-0 before it was even halftime and dominated possession all game. Manchester City out-shot United 15-5 to win at Old Trafford for the third straight time.

Bernardo Silva, Riyad Mahrez and an Andreas Pereira own goal carried City to the win in the opening leg, putting the club on the brink of its third straight appearance in the final. City took down Chelsea in last year’s final.

Silva’s goal 17 minutes in set the tone for the visitors as the former Monaco man made a great move atop the box before firing to the far top corner to beat David de Gea. Take a look at Silva’s sixth goal of the season and first in the competition:

That’s a fantastic strike from one of the better goal-scoring midfielders in the world. He’s averaged 11 goals er season over his first two campaigns at the Etihad and is well on his way to reaching double digits again this season.

Of course, it’s not the best bit of defending from United. Fred tried to close down but had no help. United will look to bounce back in the return leg on Jan. 29. The Red Devils beat City at home in the Premier League earlier this season.

The winner will face Aston Villa or Leicester City in the final at Wembley Stadium on March 1.