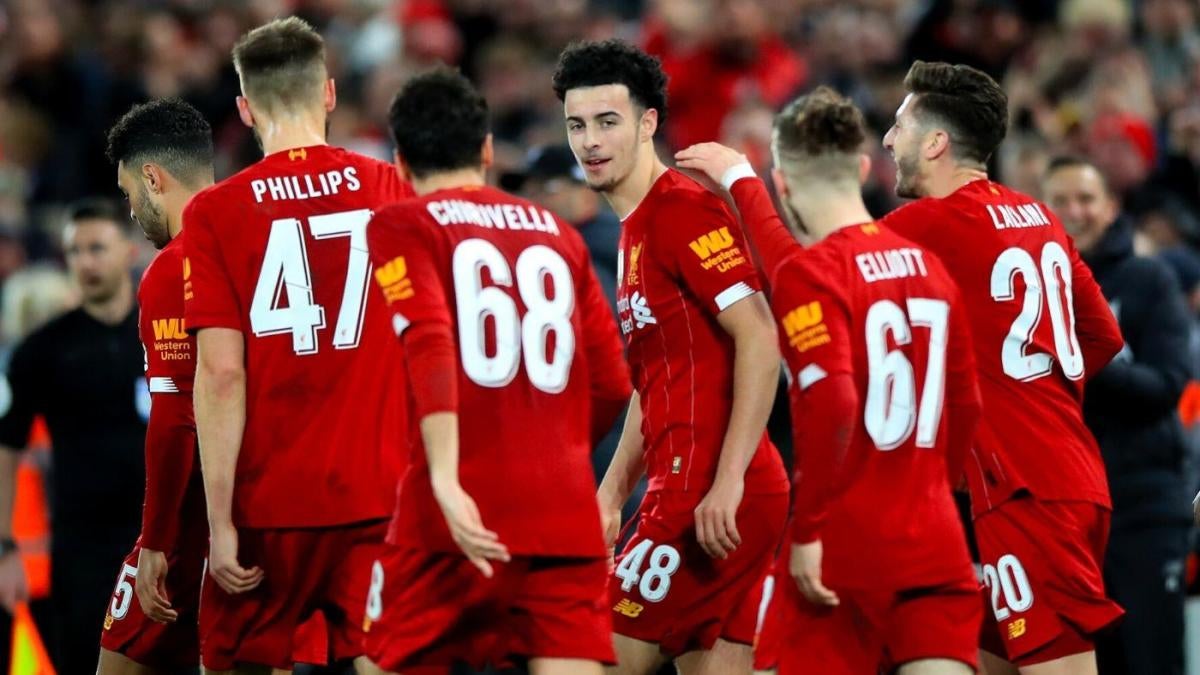 Curtis Jones of Liverpool saved his first career goal for the club for quite the massive moment. Taking on rival Everton at Anfield on Sunday in the FA Cup third round, the 18-year-old jones went upper 90 on Jordan Pickford with a glorious strike 71 minutes in as the Reds beat their city rival 1-0.

After some lovely play between Jones and Divock Origi, the young midfielder curled the ball beautifully where no goalkeeper could save it. Here’s the winning goal in a game in which Jurgen Klopp rolled out a young lineup:

It’s been a strong run for Jones, who seems destined for a Premier League debut before long. He played a bunch in the preseason before the 2018-19 season, made his first team debut almost a year ago in the FA Cup, and also had the winning penalty kick in Liverpool’s EFL Cup win over Arsenal this season.

With Liverpool going for the Premier League title this season, it remains to be seen if he’ll get his league debut this campaign, but with the Reds still in three competitions and having already played so many matches (including the Club World Cup and UEFA Super Cup), maybe he’ll get it. Sunday’s winning goal certainly helped his case.

Previous Post 2020 Tournament of Champions scores: Justin Thomas threatening heading into final round in Hawaii
Next Post Zlatan Ibrahimovic's statue in Sweden sawed down in latest act of vandalism from angry fans