Shanahan, Cousins on opposite sides for playoff meeting 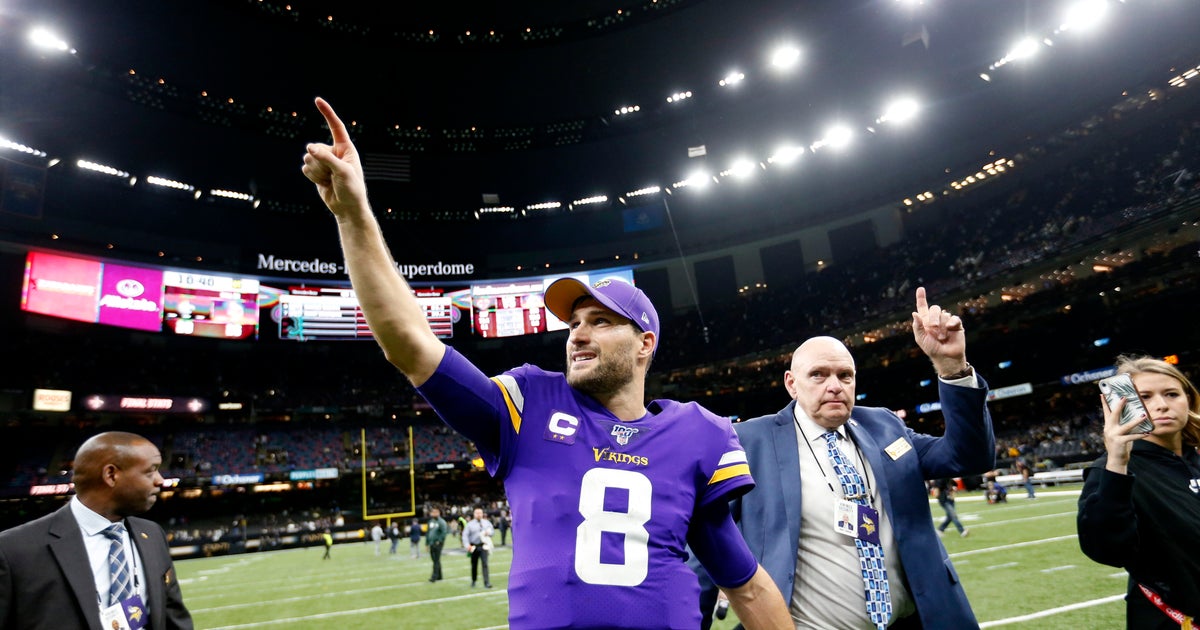 SANTA CLARA, Calif. (AP) — Kirk Cousins starting the 49ers‘ first playoff game at Levi’s Stadium was how coach Kyle Shanahan planned it when he took over in San Francisco back in 2017.

The surprise is that Cousins is starting for the Minnesota Vikings instead of the Niners when the teams meet in the divisional round Saturday.

Things have worked out just fine for both Cousins and Shanahan even though the quarterback and play-caller never reunited after building a strong relationship during their time together in Washington in 2012-13.

The 49ers (13-3) acquired Jimmy Garoppolo in a trade from New England during the 2017 season months before Cousins hit the free-agent market and have built a strong team around a different quarterback.

Cousins ended up with the Vikings (11-6) on a fully guaranteed $84 million, three-year contract. He is coming off the biggest win of his career, having thrown the game-winning TD pass in overtime to Kyle Rudolph last week in a 26-20 victory at New Orleans.

That success comes as no surprise to Shanahan, who was part of the staff in Washington that drafted Cousins in the fourth round and helped develop him into an NFL starter.

Cousins feels the same way about Shanahan as a play-caller and coach and is not surprised at the success he’s had in rebuilding a losing franchise in San Francisco.

“I’ve been fortunate to be around some great coaches. And Kyle’s certainly one of them,” Cousins said. “He’s shown that through the years since we have gone our separate ways.”

But none of that will matter once the game starts on Saturday. Shanahan says neither side has any advantage because of knowledge on how the other one operates.

“I’m not sitting there going against Kirk,” he said. “So I think that stuff is totally overrated. He’s been a lot of places, he can do a lot of things that I don’t know about.”

Only a dozen players currently on the 49ers’ roster have postseason experience and even that number is a bit inflated because it includes Garoppolo, who got only two snaps of mop-up duty in one game, and players like receiver Jordan Matthews who are likely to be inactive. Receiver Emmanuel Sanders, who has played in two Super Bowls, said the key to dealing with that lack of playoff experience is to make sure you don’t try to do too much.

“When a lot of people get in the playoffs, they think they’ve got to do more,” he said. “At the end of the day, you’re in the playoffs, you’ve already been winning games. Just remain who you are.”

HEY, IN THE BACK!

One of the many commonalities of these offenses is the favoring of a fullback, with the 49ers making plenty of use of Kyle Juszczyk and the Vikings doing the same with C.J. Ham. Ham was on the field for 28% of the snaps by the offense last week against the Saints, helping Dalvin Cook find the holes on the way to a 94-yard, two-touchdown performance.

“I love having a fullback in front of me,” Cook said. “That’s just the style of football that I like to play, and I think it can be kind of underestimated because I’m a smaller back, I guess.”

Garoppolo’s worst career start came in last season’s opener at Minnesota, where he threw three interceptions, including a pick-six, and had a career-low rating of 45.1. Garoppolo said the Vikings do a good job disguising coverage with their safeties and he believes he’s better prepared to face them a second time.

“They don’t give you anything easy,” he said. “They make you work for everything down the field. There’s really no easy completions, no easy 8-yard run that you’re going to get. We’re going to have to earn everything.”

If Saturday’s weather involves wind or rain, the Vikings aren’t worried about the ability of their specialists to adjust, even though they’re used to the controlled climate of U.S. Bank Stadium and played inside last week at the Superdome. Ninth-year kicker Dan Bailey has made 21 straight field goals, with his last miss coming on Oct. 20. Tenth-year punter Britton Colquitt, who went the entire regular season without a touchback, grossed an average of 49.7 yards on his six punts at New Orleans.

“If the wind is going to be a factor, we want to try to use it to our advantage,” special teams coordinator Marwan Maalouf said. “The guys are aware of it. We’ve been on top of the forecast.”

When Shanahan began his coaching career, he made a point of not working on his father’s staff in Denver at first. He started out of college as a quality control coach under Jon Gruden in Tampa and then got a job as receivers coach in Houston when Gary Kubiak took over the Texans in 2006. Kubiak had been an offensive coordinator under Mike Shanahan in Denver and had a big influence on Kyle’s career, giving him his first coordinator job in 2008.

“It was great for my football acumen just to go there, especially following Tampa,” Shanahan said. “It was two extremes being with someone like Jon Gruden who does every play known to man and you have so much scheme, which was awesome. You learn it all. Then you went to Gary who believed less is more. … The two people I started out with were both two very good offensive coaches who were completely different, which I think really helped me.”

Previous Post WATCH: Coco Gauff reminds her dad not to curse on television during pep talk at Auckland Open
Next Post Josh McDaniels wanted Browns job in 2019, likely to propose 'realignment' of team leadership, per report