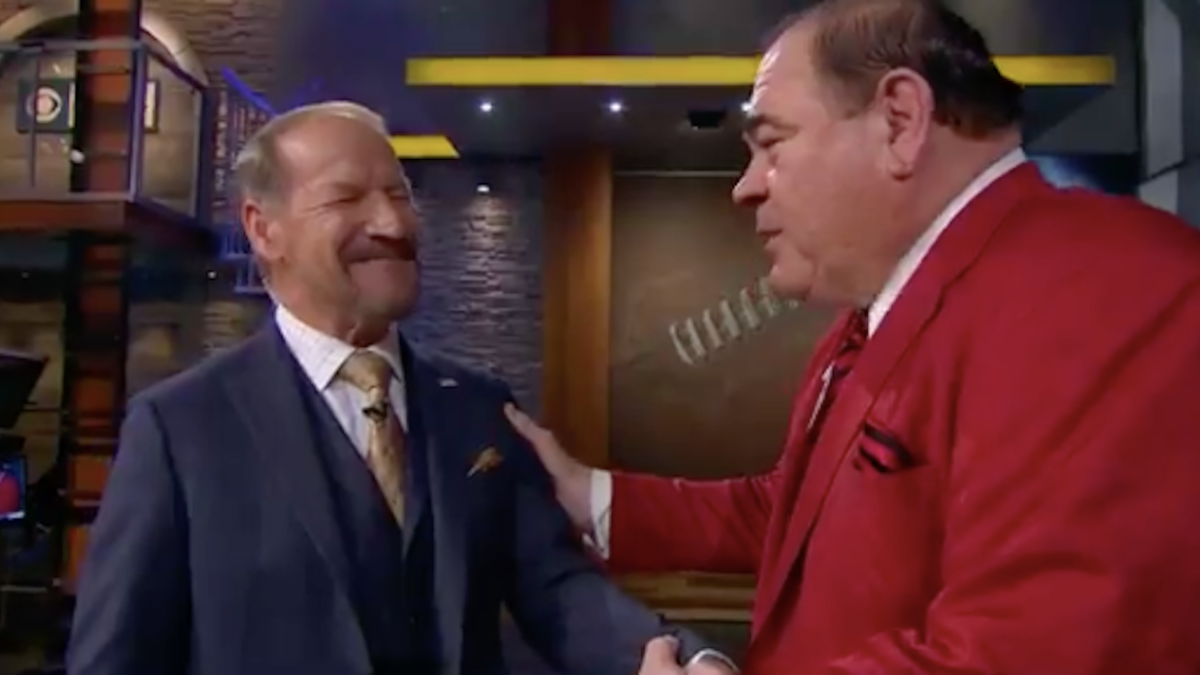 The Pro Football Hall of Fame will be inducting 20 new members this year, and on Saturday, they decided to reveal the first member of the Class of 2020 in a surprise announcement that went down live on CBS.

The first member of this year’s class? It’s none other than Bill Cowher.

The former Steelers coach got the news on Saturday night while doing a live segment on “The NFL Today.” Cowher was talking football with fellow CBS analyst Phil Simms when Pro Football Hall of Fame president David Baker made his way out onto the stage.

Even with Baker on stage, Cowher didn’t seem to have any idea what was about to happen. Here’s the video of Baker giving the news to 62-year-old Steelers coaching legend.

Not only was Cowher in total shock, but he had actually been mentally preparing himself just in case he didn’t get in.

“I’m OK if it doesn’t happen,” Cowher told Baker of possibly not getting in.

Of course, the former Steelers coach won’t have to worry about that anymore, because he’ll be in Canton with the rest of the inductees in August.

“I’m so blessed. Football is a total team sport, I had some great players, some great coaches, the best organization in football,” Cowher said. “I’ve been very blessed to be surrounded by some very special people.”

Cowher is being inducted after spending nearly 30 years in the NFL. The former Steelers coach actually started in the league as a player, spending five seasons as a linebacker with both the Eagles and the Browns. After his time as a player ended, Cowher moved to the sideline where he spent time as an assistant with both the Browns (1985-88) and Chiefs (1989-91). After spending three years as the defensive coordinator in Kansas City, Cowher moved on to Pittsburgh where he would become the head coach in 1992. Over the course of 15 seasons, Cowher led the Steelers to the postseason 10 times, a total that included six AFC title games, two Super Bowl appearances, and a win in Super Bowl XL.

The Super Bowl-winning coach will now be part of the largest class in the history of the Pro Football Hall of Fame. To celebrate the NFL’s 100th season, the HOF decided to induct a special centennial class. That 15-member class was selected by a special blue-ribbon panel that included Bill Belichick. The class will include 10 seniors, three contributors, and two coaches with one of those coaches being Cowher. The 38 finalists for that class were announced in December. The 14 members of the centennial class joining Cowher will be announced on Jan. 15.

As for the modern class, those finalists were announced on Jan. 2 and out of that group, five players will be chosen for induction on Feb. 2, which will bring the total number of inductees to 20.

As for Cowher, he’ll become the second Steelers coach to be inducted into the Pro Football Hall of Fame, joining Chuck Noll, who he actually replaced in 1992. In the Hall, Cowher will actually be joining three players that he once coached in Jerome Bettis, Dermontti Dawson, and Rod Woodson.