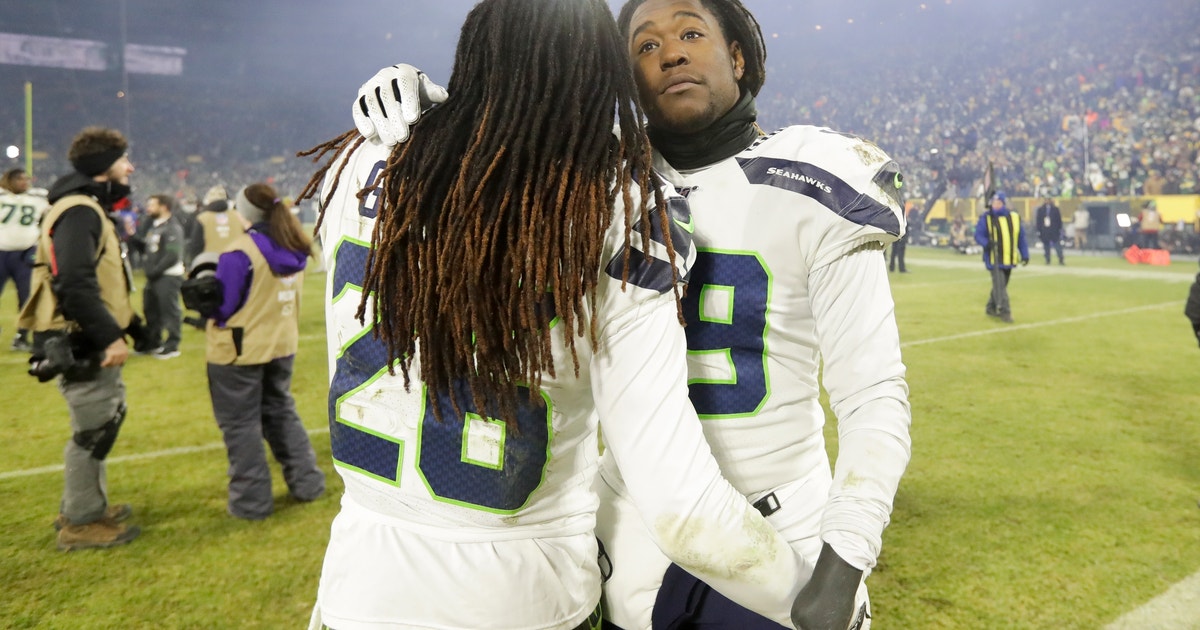 While he’s become one of the top quarterbacks in the time since Wilson was last in the Super Bowl, the gap without a championship game appearance is becoming more noticeable and tougher for the highest-paid player in the NFL to accept.

Some may say because of having a youthful roster as part of an overhaul that started two years ago, and a long debilitating list of injuries that the Seahawks overachieved by winning 12 games. They were inches from winning a division title and maybe a dropped pass away from rallying to beat Green Bay in the divisional round of the NFC playoffs before falling 28-23 to the Packers.

But at age 31 and having completed his eighth season, Wilson doesn’t see it that way.

Seattle was a flawed team that managed to be exceptionally good in close games and when playing away from home. Eleven of Seattle’s 12 wins were by one score or less. Their regular-season point differential was plus-7. They won eight games outside of Seattle and just four at home. Their defense ranked in the bottom third of the league in points allowed, pass yards allowed, rushing yards allowed and total yards for the regular season.

It was a very un-Seattle like team that did what has become the standard under Pete Carroll and made the playoffs yet again. But for the fourth time in Carroll’s tenure, Seattle’s journey ended in the divisional round.

“I really regret this thing is over,” Carroll said. “I love this team and loved the way they played and loved what they stood for and the character they demonstrated over and over again.”

Seattle’s biggest questions going forward such as on the defensive line where Jadeveon Clowney, Jarran Reed, Ziggy Ansah, Quinton Jefferson and Al Woods are all unrestricted free agents. The results from the group were mixed at best. Clowney was a star that flashed in some of Seattle’s biggest games despite playing the second half of the season with a painful core muscle injury. Reed was suspended the first six games and never came close to matching his production from a year ago. Ansah played with injuries all season and mostly underachieved. Jefferson was Seattle’s best overall lineman not named Clowney, and Woods was serviceable as a run stopper before being suspended four games late in the season.

Even if none of the five return, the defensive front has to be a heavy focus of Seattle’s offseason.

Consider a few of the starters and key contributors Seattle played without against Green Bay: Chris Carson, Rashaad Penny, Justin Britt, Will Dissly and Mychal Kendricks. Duane Brown played less than three weeks after knee surgery. Marshawn Lynch, three weeks out of retirement, started against the Packers. Phil Haynes was forced into the first extensive action of his career in the second half versus Green Bay. Bobby Wagner said Monday he’ll need some offseason work done to clean up injuries that were discovered to be worse than originally thought.

Injuries became a major part of Seattle’s story this season.

“We couldn’t stay healthy and it was a big deal,” Carroll said. “We were going so well late into the year … we had six guys on the inactives that were healthy and then all of a sudden it just shifted.”

GET OUT OF THE BLOCKS

For whatever reason, Seattle has played terrible in the first half of three of its divisional road games in Carroll’s tenure. In the 2012 playoffs at Atlanta, Seattle fell behind 20-0 at halftime, rallied to take the lead, but lost 30-28. In 2015 at Carolina, Seattle fell behind 31-0 before a late rally fell short in a 31-24 loss. And on Sunday, the Seahawks were down 21-3 at halftime to Green Bay.

Seattle has played five total divisional round playoff games on the road under Carroll. It has been outscored 112-13 combined in the first half of those five games.

HOW TO GET IT RIGHT?

Seattle clearly needs some changes on defense. Carroll likened this season to 2012 and it was the following offseason that Seattle went out and landed pass rushers Michael Bennett and Cliff Avril in free agency. A similar haul is needed again to solve the Seahawks biggest defensive issue. The other area to watch will be how Seattle approaches its offensive line. Germain Ifedi, George Fant and Mike Iupati are all free agents. Duane Brown will turn 35 before the start of next season. Britt is coming off an ACL injury. Making sure the line of scrimmage is addressed appropriately on both sides of the ball will be the key whether Seattle can make a similar jump as it did from 2012 to 2013 when it went from a divisional round playoff loss to Super Bowl champs.

“Guys need to go into the offseason with a chip on their shoulder. They have to make sure they feel that loss. Don’t just throw it away, really feel that loss the whole offseason and how close we could have been,” Wagner said.